The multifaceted lifestyle site created by director and journalist Zon D’Amour features interviews, videos and products with emphasis on the empowerment of dark skin men and women.

The Face Of ReebokONE, Andy Dooley, On Goal Setting, Overcoming Setbacks and Walking In Your Purpose

ZD: How did the ReebokONE opportunity initially present itself?

Andy Dooley: I was brought up to always dream big, don’t let anyone tell you that you can’t do something. In college I remember my roommate and I talking about how nice it would be to do what we loved and have shoes and apparel apart of the package. I began working with Reebok four years ago after I read a book called “The Circle Maker: Praying Circles Around Your Biggest Dreams and Greatest Fears” by Mark Batterson. The basis of the book is to find something that you want to conquer and you circle it and pray about it. I wrote a list of things that I wanted to happen in my life which included being sponsored by Reebok and at the time, I had no idea what that would eventually look like.

Fast forward to two clients I was training mentioning that Reebok was having a competition so I applied. I had to write 140 words about myself and send photos. Months later I received an email saying that I made the top 12. The next step was to make a one minute video that they posted online and I had two weeks to get people to vote for me to make it from the top 12 to the top 4. Once I made it to the next round, I was flown to Boston with the other three competitors and we went through a week intensive where we trained the Reebok staff, there were photo shoots, we gave them a business plan then they sent us home. A few months later they flew us to Arizona to announce the winner and I became the face of ReebokONE.

ZD: Was there ever a point within the process where you were intimidated by your competition? How do you stay in your lane and not compare yourself to others?

AD: When I made the top 12 I noticed that the majority of the other competitors were CrossFit athletes and I remember thinking that I might not win for that reason; then God reminded me that comparison breeds doubt, which can delay your purpose. I couldn’t compare myself to someone who aesthetically seemed to be in better shape; I reminded myself that God made me the way I am so I shouldn’t worry about the next man. I just need to focus on being the best version of myself. I had to be present in my belief that my true self is exactly what the brand wanted.

ZD: how has your life changed since becoming the face of ReebokONE?

AD: It’s given me that much more validity. Prior to this opportunity, I was searching day in and day out for clients and now I have a waiting list. And I have to be that much more selective of who I work with since I’m also representing a brand. You have to have the work ethic and you have to understand the ‘why’ in order to get results. This isn’t just a diet or a quick fix. I want to work with people who are ready to make a lifestyle change.

Reebok has exposed me to other brands as well. I was recently featured in “Muscle & Fitness” and in “Men’s Health”. It’s amazing to see video of my workouts being shared across the world to help inspire other people. I’m still the same person, with the same work ethic but when you have a bigger brand behind you it gives you this validity. Even celebs reach out on Snapchat and Instagram. 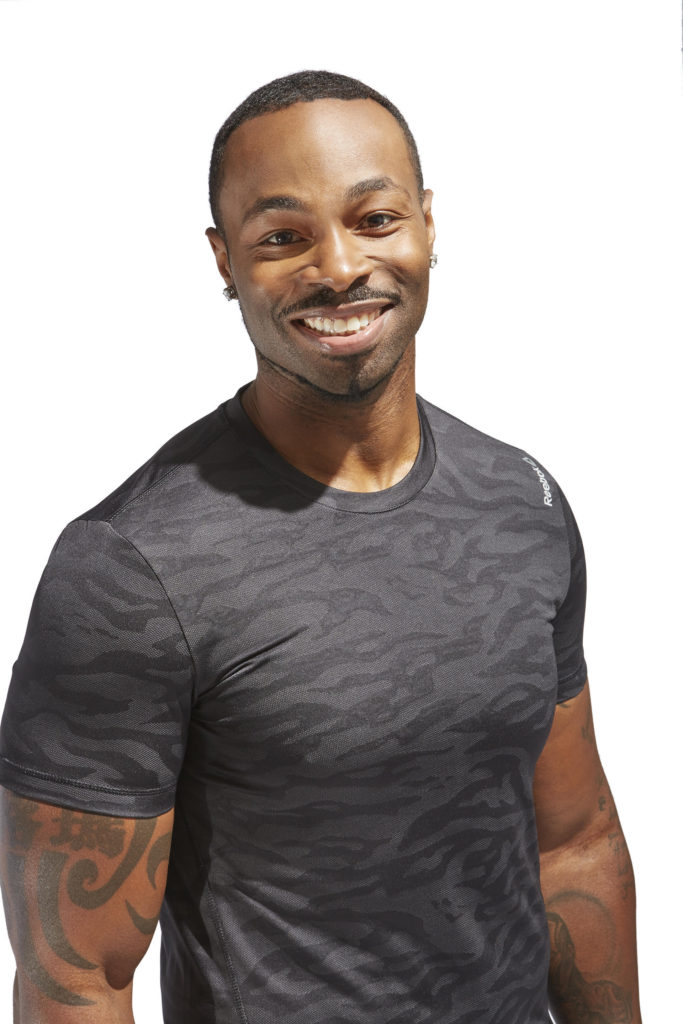 ZD: What did you think you were going to be doing with your life when you were 25? What would you tell a young man that reminded you of yourself about following their dreams?

AD: I thought I was going to be a rapper. I thought at that point I’d have an establish career touring as an artist, similar to Gospel rapper Lecrae because I had opened for the Christian rap group, 116 Clique in San Diego but it wasn’t paying the bills yet and I needed to be able to eat and put a roof over my head. I would tell another 25-year-old, at that point, give it your all, make your craft your life.

I came to a point where I decided I was still going to work on my music but I was interested in pursuing fitness as well. At the time I was working for Verizon Wireless and former baseball player, David Justice and his wife came into the store, I helped them and connected with them. Eventually I decided I didn’t want to work in corporate so I gave my two weeks notice to start my pursuit into personal training. I called David and let him know I was going to connect him with another point of contact at the store and he asked what was next and I said personal training and he asked if I wouldn’t mind training him. I was blown away because even though I was new in the game, he trusted me so I owned it. I engulfed myself into learning about the body, learning my craft, studying top trainers and figuring out how I was going to be different.

Never, ever second-guess who God made you to be. If you know your gifts then you know what lane to stay in then you can keep building upon that.

ZD: You’ve mentioned that there were some “famine years” when you were in between jobs. As a husband and a father, how did you withstand that part of your journey?

AD: As a man and the provider for your home, when you have a wife and kids, the famine years is magnified on a whole different level because you’re looked upon as the leader of your home. When I made it to the top 4 of the Reebok competition, I was excited but also stressed because my wife and I literally had a dollar in our bank account.

We had gifts from our baby shower that we returned to get food and diapers until my next payday because I had just started a new job but it was going to take three weeks before I got a check. During those in between times of working up to that point, I had to use wisdom and humble myself; I was willing to work any job. I sent applications to Starbucks, Sports Authority and various places that told me I was over qualified and I would get upset because if I’m over qualified, then use me–I need it! Then I had to realize that God knows better! He’s already written out my life so I had to ask for that peace that surpasses all understanding and I had to make sure that I did my part because faith without works is dead.

When I wasn’t working, my 9 to 5 was sending off applications and dropping off resumes day in and day out. I was hustling as a trainer to retain one or two clients and that wasn’t paying the bills out in L.A. At one point I was making $300 every two weeks to pay for rent and food but some how, some way, God would still bless us with random checks like a client or a boot camp.

Do what you have to do but never lose site of where you’re going. At this time, I can absolutely say I love what I do and it’s what I’ve always wanted to do which is a mixture of ministry and fitness. I’m the youth pastor at my church, I’m a fitness professional and I get to incorporate all of my creativity and be a major impact on my community and in people’s lives locally and globally.

And I continue to write out all of my dreams and desires. There’s a list on my wall, on my phone and I have post-it notes everywhere. I still have the note that said I wanted to be sponsored by Reebok and before I left to find out who was the winner of the competition, my wife was cleaning the house and the note fell out my bible. She asked me if I had just written it and I told her no, it was there for three years and to see it come to fruition is amazing.

I have a list of all of the things that have come to pass in my life. It may not be the timing that you want it to happen but everything is in God’s perfect timing. 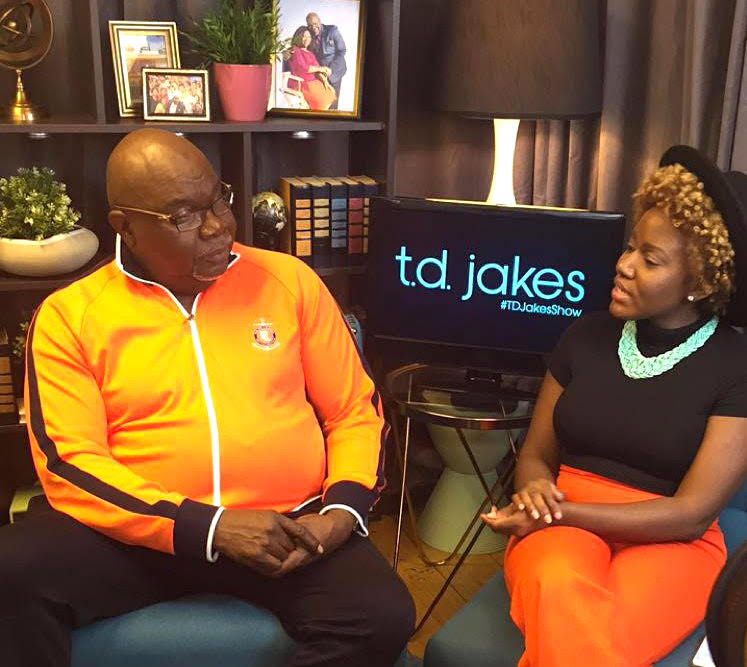 T.D. Jakes On Relationships & Knowing Your Worth

ZonDAmour.com is a multifaceted lifestyle site created by director and journalist Zon D’Amour featuring interviews, videos and products with emphasis on the empowerment of dark skin men and women.