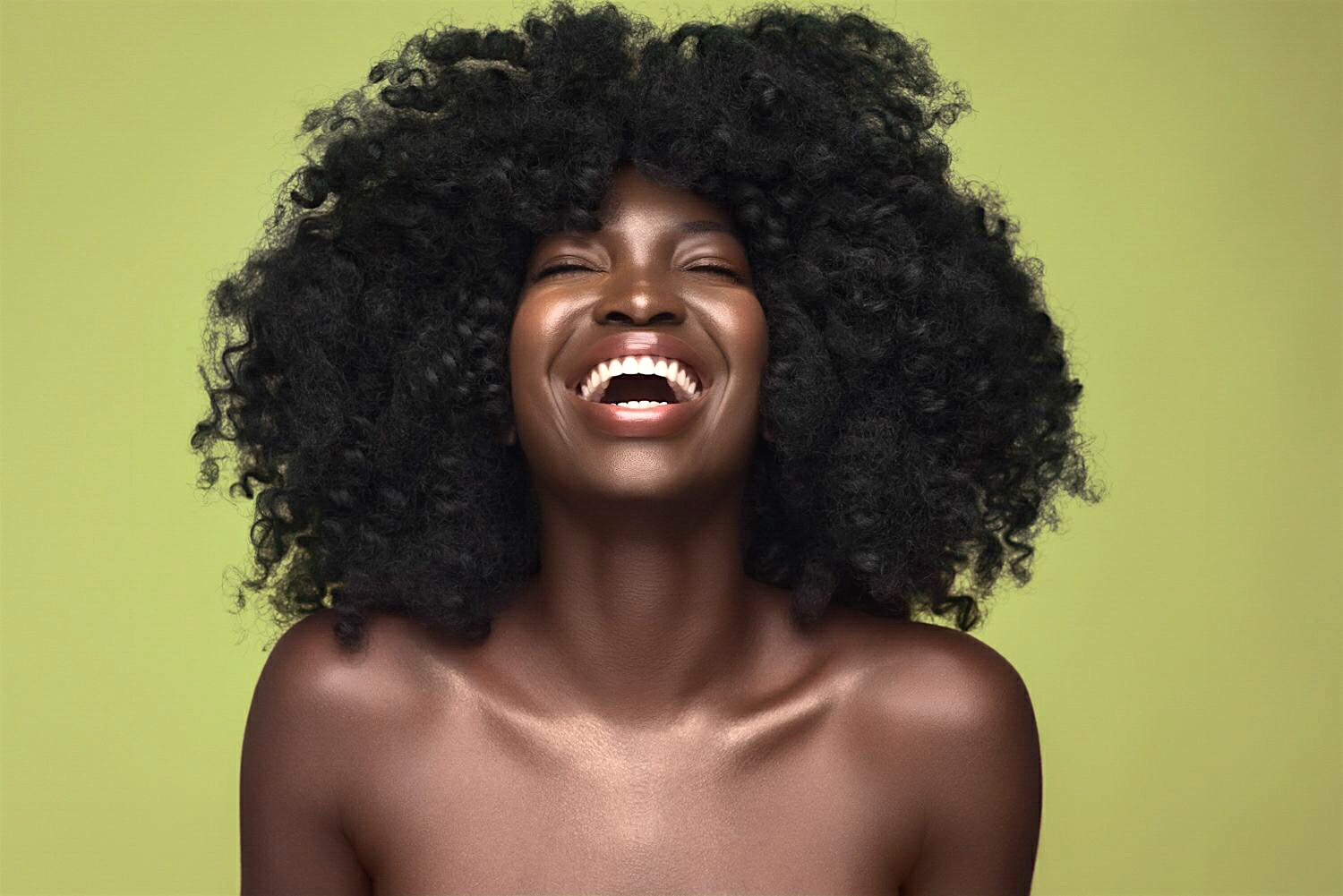 With a smile that literally lights up a room and energy that makes you thankful that you’ve crossed paths, Dora Owusu is undoubtedly a force. In the age of social media where many “models” careers are regulated to the “Explore” page on Instagram, Dora’s stunning looks have helped her to become a full time, working model who occasionally has to ask her college professors if she can take a test early because she has to get to set.

Within the last two years, the Ghanaian model has been featured in campaigns for Sephora, Artist Couture, Anastasia Beverly Hills as well as an advertorial for Sophia Vegara’s lingerie line, EBY in Cosmopolitan Magazine.

While Dora’s deep chocolate complexion is highly sought after by photographers, brands and agencies (she recently signed to BMG Models) in the not so distant past, she was bullied in school, subjected to harassing phone calls and cruel internet memes because of the color of her skin. Fortunately, Dora’s love for dance and a great support system including a friend who all but prophesied to her that she would one day be a model, helped her to build her self confidence. 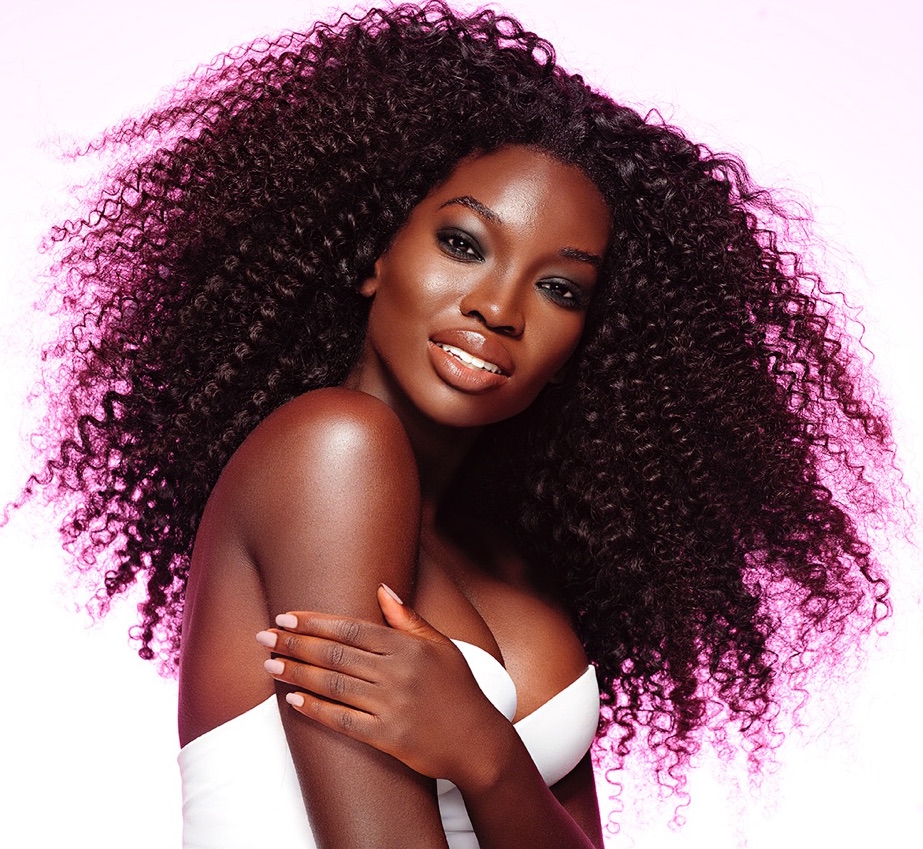 At the youthful age of 21, Dora’s career shows no signs of slowing down. While some may think modeling is just about being a pretty face, for Dora being in front of the camera is a platform for a bigger purpose. It’s about having a presence on TV, in film, in print and online for her to share her testimony and empower other young women that their melanin enriched skin is a blessing from God.

Zon D’Amour: Was there a particular age and/or turning point in your life when you truly felt beautiful?
Dora Owusu: I’ve never felt as beautiful and confident as I do today. I began to feel beautiful when I found my love for dance and I made my varsity high school dance team my sophomore year. Performing in front of thousands of people was a major confidence boost because I felt if I could get through the performance I could get through just about anything. When I gained my confidence and believed that I was beautiful, others saw that in me too.

“…TO YOUNG GIRLS BEING TEASED ABOUT THEIR COMPLEXION, IT DOES GET BETTER AND I AM A LIVING TESTAMENT OF THAT…”

ZD: How did you learn to combat/disregard people’s comments about your complexion? Who were positive examples/role models for you that helped to build your self-esteem?
DO: It’s always been hard to disregard people’s comments about my complexion even now it’s still hard. I don’t get them as often as I used to but thankfully, I have good friends who are able to remind me of my beauty and speak positivity into my life. I didn’t always believe them when they told me I was pretty; I would still feel alone because I allowed some of those negative comments to get me. I couldn’t understand why some people could be so mean. I didn’t have many role models growing up but the one person I did look up to was my pastor’s daughter Sarah. She was dark skin, very pretty and I thought she was the cool girl at her school (she was in high school when I was in middle school.) At a time where I needed to hear it the most, I can vividly remember her telling me, ‘…One day these boys are going to be flocking to you. You are a very beautiful girl you can easily be a model.’ She spoke positivity into me and I really thank her for that because she gave me words of wisdom when I really needed it and she didn’t even know.

“…WHEN I GAINED CONFIDENCE AND BELIEVED THAT I WAS BEAUTIFUL, OTHERS SAW IT IN ME TOO…”

When it comes to women in the media, when I was growing up, I wasn’t really seeing anyone on TV, in movies or in the magazine with a skin tone as deep as mine. Now, that “melanin poppin” is a “thing” and women like Lupita Nyong’o and Duckie Thot are thriving in the industry, I don’t have a reason to feel insecure about my complexion like I did in the past.

ZD: ​What advice would you give to other young women who may be being teased about their dark skin? How can they move past the criticisms and develop confidence?
DO: To young girls being teased about their complexion, I would say it’s okay to be upset about it because we are all human. BUT don’t let them break you, rise above and remember that the day will come where they will definitely regret those words. Understand that it does get better and I am a living testament of that.
One of the best ways to developing confidence is to join a dance class simply because I know it worked for me. If not a dance class I would suggest doing something of out your comfort zone. I also encourage young girls to look in the mirror and tell yourself, “You look good today!” It’s okay to hype yourself up. 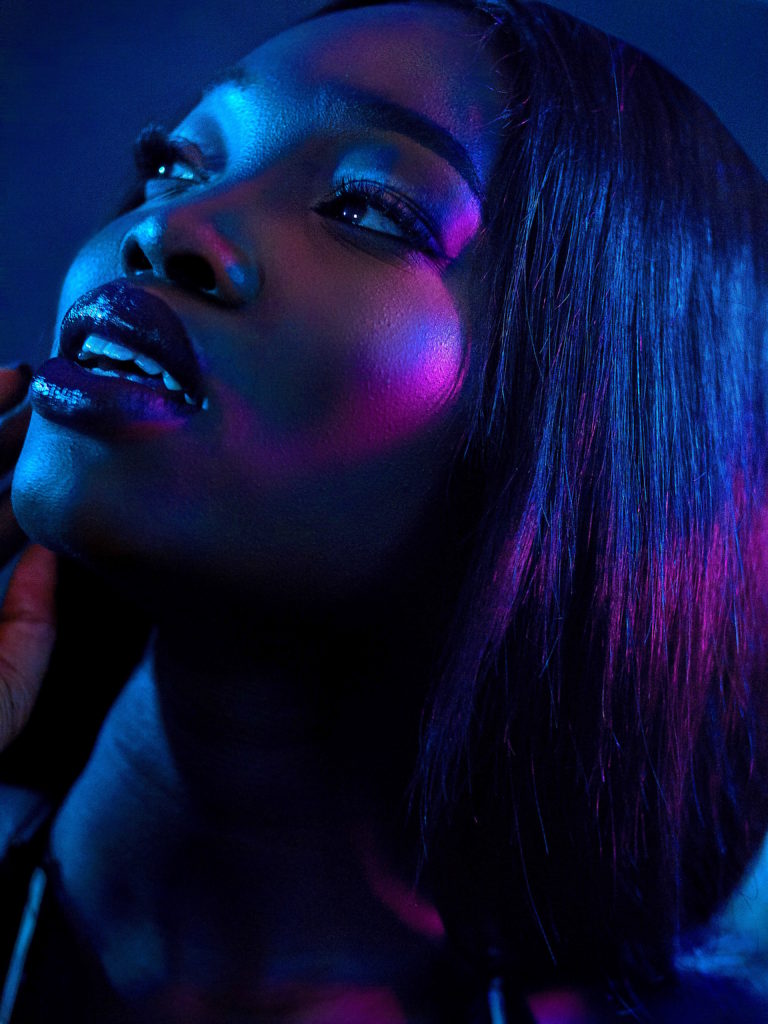 ZD: Was there something that you previously viewed as a negative or a ‘flaw’ that you’ve learned to embrace and work to your advantage?
DO: I was always the darkest girl in class and growing up it wasn’t “cool” to be dark. I did try to naturally bleach my skin by rubbing lemon all over my face every night because I was so tired of being teased and boys not liking me simply because my skin was so dark. Little did I know that this deep skin tone would open so many doors for me. I used to ask God why did He gave me this skin tone? Was it for people to just bully me? But I now know and understand that God BLESSED me with this skin tone, it’s for a purpose which is to model and share my story with the world.

ZD: How have you changed spiritually and mentally within this year? What would you tell someone that’s 21 who wants to move to LA? What do you want for yourself at 25?
DO: Within the last year, I learned to simply trust in God’s process. There is a set time for everything so I’ve learned to stop comparing myself to other people. God has a different plan for all of us so it’s important to just let it be and not rush anything.

Living in California is not easy. For anyone who wants to move to Los Angeles, I would suggest visiting for about two weeks to really get a feel for LA. Do research in the field you would like to pursue, network in that area and then see where things go from there.

Professionally, I hope to have been featured in at least 5 commercials. Personally, within the next five years I see myself being married, living comfortably and continuing to mentor young girls.

RELATED: Fennella Like Whoa On How To Be A Fashion & Beauty Influencer

Subscribe to our newsletter and stay updated to our best offers and deals!